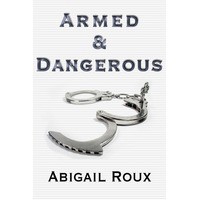 This was just amazing!  Love for these couples...plus Nick, Deuce and Preston.

BR with Elsbeth and Momo

"They'll get along famously."
So giddy...

“God, I love it when you’re cranky like this. Promise to still be pissed when I get home, okay?”
“I don’t think that’s going to be a problem.”
Oh my...how I have missed these two. “Get those jeans off now if you want them to be wearable later." -Zane
Oh sweet lord.

The look in Zane’s eyes was something Ty had never seen. It was intense and heated, possessive, filled with emotion that made Ty’s chest hurt all over again, like the first time he’d ever looked into that fire in Zane’s eyes and known that there would be no one else in the world for him.
Gaaaaahhhh

Zane shook his head, clearly exasperated. “Make yourself at home, Ty. Want to check the fridge, see if there’s any beer?”
*snorts*

“I sleep better knowing he’s not in harm’s way,” Julian said. He looked at Ty. “He will shoot you, you know.”
“You told him to shoot the stupid one,” Ty said as he pointed at Zane.
“Yeah,” Zane said. “The one standing out in the open in front of the window, waving at the sniper.”
“The one that knows where the sniper is to wave at him. If he was going to shoot me, he would have.”

“He always do the heavy lifting for you, Cross?” Ty asked the man in a low, amused voice.
"Yes, he does. Cooks and cleans too. Makes me feel more like a man,” Julian said without a hint of sarcasm. “Wanker.”
“At least you’ll have someone to argue with,” Cameron said as he emerged with two bags, one on each shoulder, one of which Julian took as soon as Cameron stopped beside him.
"I would prefer to shoot him, not argue with him,” Julian mumbled.
Excuse me while I quote every page. *huge grin*

“Shut up!” Ty growled at him. He pointed a finger in Julian’s face. “If I get a cavity search because of you, I will kick your ass!”

“Want the other set of cuffs?” Zane asked, hoping to appease his cranky partner. “You could spread his arms out.”
“Will someone please tell me the safe word?” Julian asked.
*snorts*

❤️❤️❤️If there was one thing in the world Ty was willing to give up everything for, it was sitting right there in front of him.❤️❤️❤️

“While I was on the road I decided I didn’t give a damn anymore. I’m not keeping anything from you from now on. I don’t care if it’s classified.”
Something inside Zane started doing a Snoopy dance at Ty’s words. He studied Ty for a long moment before saying, “I trust you.”

Cameron was smiling, watching Julian like he was the only thing in the world.
Julian laughed. “Something that torturous can only be love.”
Zane snorted, carefully avoiding looking at Ty.
"I see you’re familiar with it,” Julian observed drily.
Ty glanced at Zane again, unable to keep his lips from curving into a smile.
“Yeah,” Zane said as he turned around and eased back into his seat. “Yeah, I’m familiar with it.”
❤️❤️❤️

"I hate Ohio," Ty muttered before he flopped back to the bed.
"Amen," Zane and Cameron both said from the other bed.
Gaah I love these four!

So have I mentioned that this book is just...aaaaahhhhh...2 of my all time favorite couples in one book...heaven. Now if these guys could somehow land in the Australian outback by way of Foster, Texas, all would be right with my reading world...mmmmmm

“Did I tell you that Ty cuddled Wesson when he was at the apartment?”
"He cuddled him?”
"He picked him up and cuddled him like a baby. I should have known right then that he was just as evil as you are.”
“Interesting. You mentioned he picked him up. And Wesson let him?”
"He purred.”
"Oh my God.”
“And then begged for more.”
“The little harlot.”
Cameron laughed, hiding his face against Julian’s shoulder.
*still grinning*

Ty immediately reached back for him, resting his hand on whatever was closest as Zane moved behind him. The gesture settled Zane, and he scooted close enough to spoon up against him, sliding one arm under Ty’s neck and draping the other over his waist. Ty scooted back into him, fitting against him perfectly. Calm began to seep through Zane’s mind and body.
“I love you,” he whispered, intending to say it as much as possible, at every opportunity, for the rest of his life.
Yeah...I can be found on the floor.

Whew...that was a rough scene. The relationship between Nick and Ty is so much more understood. *Heart is breaking*

"I trusted you."
"That just made you easy to use."