Good heavens...this was even better than I remembered. Bloody hell!

So…it’s nearly been 2 years since I stumbled upon my first MM book and coincidentally the book was by the awesome Ella Frank. Yes, I gave Logan and Tate a “Try” and I have not looked back since. Hundreds of books later and you start to know what works and what doesn’t. So, without further ado, I give you my recipe for the perfect MM book.

**My Recipe for the Perfect MM Book**

-1 Bookish Male (Leonidas is not only Bookish...he is fierce and the perfect match for our dear Alasdair)

Wearing a white shirt and a navy-blue cardigan buttoned crookedly up the center, the man didn’t appear to be the athletic sort, which also made him a much simpler conquest. Instead, he had a bookish look about him. His sun-kissed hair was cut short at the back of his neck, but the longer strands on top of his head were all over the place in a haphazard mess, and he clutched the strap of his worn messenger bag like it was a seat belt in a speeding car.

-Heavy dose of Sexual Tension (a must for me)

-At least 2 Sharp Teeth (Ok…so yeah it’s vampires and so this is kind of a given…but give me biting and possessive men and my eyes are rolling back in my head.) “Why are you being so nice all of a sudden?”
“Nice,” Alasdair said as if the word was completely foreign to him. Then he took a step towards him, and Leo had to suck in a breath to keep their bodies from touching. “I haven’t even begun to be nice to you.”
Leo refused to drop his eyes when Alasdair traced the pad of his index finger along the line of his jaw.
“But you’ll know when I do.”

-Another dash of Sexual Innuendo

“Get out of my head,” he snapped.
One of Alasdair’s black eyebrows rose, and he lowered his hand. “Consider me gone. Though it should be noted, I know you enjoyed having me in you.”

-2 cocks…but alas…with Vampires I tend to be fine with cheating ON MY RECIPE and adding more to the mix. :) *guilty pleasures* Make that third cock arrogant with a touch of jealousy and even controlling…good grief…just all you cocks get together and heat this baby up. 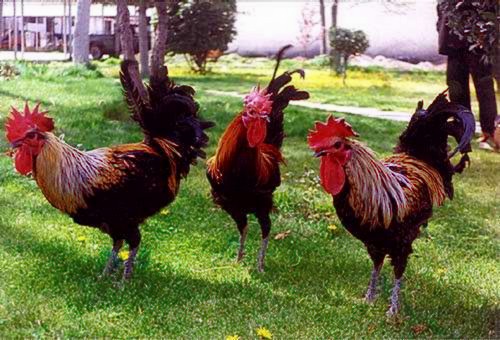 -Mystery, Intrigue and yes a PLOT!! (As much as I love all the hotness…a plot is kind of important.)

-And finally the cherry on top…anytime a writer can describe a male and my vision turns to David Gandy…It’s a BONUS!!! And our dear Ella, has not only done this once for me but twice. David Gandy is not only the perfect Logan but he is my possessive cocksure walking vampire, Alasdair, as well.

When the elevator announced its arrival, Leo looked up from the paper and watched the metallic doors slide open. There, standing inside, was Alasdair. Wearing all black, from his boots to his coat, and with his beautifully sculptured face, he resembled some sort of fallen angel. One who had frozen Leo. Excuse me, I need a moment.


Now…take all ingredients, bind them in a smoking hot cover, read then repeat. Repeat. Repeat. Oh and stalk Ella Frank until she gives me the next installment!!!

A sinister smile morphed Alasdair’s lips, and he touched the tip of his tongue to the fangs elongating from his upper gums. The familiar surge of adrenaline caused his skin to come alive with awareness as his body prepared itself to do what it had been created for.

Now…I will say this…I am not sure this is a romance or even will become a romance. These are vampires. They have connections to each other that have nothing to do with love. There is desire, want and a possessive quality that is part of the ultimate and beautiful nature of a vampire. The only way Alasdair's Sire, Vasilios, is out of the picture is if he is dead…so whether that means a Menage from here on out, who knows, but this bad boy is not going anywhere. So if this bothers you…yeah, maybe this is not for you…but…

2% done with Alasdair: A sinister smile morphed Alasdair’s lips, and he touched the tip of his tongue to the fangs elongating from his upper gums. The familiar surge of adrenaline caused his skin to come alive with awareness as his body prepared itself to do what it had been created for.

11% done with Alasdair: “Understand, Alasdair. Although I need you to exist, I can still break you.”

14% done with Alasdair: When he came to a stop, he found himself face-to-face with the stranger from his nightmare. His breath caught in his throat, but this time, it wasn’t from nerves. No. This time, it was because he was allowing himself his first real look at the man.
Attractive wasn’t nearly the right word to describe him. This man— he was divine.
Did someone say divine?? lol 17% done with Alasdair: “He’s uncommon for a human. Wouldn’t you agree?”
"You mean he’s appealing and you want to fuck him.”
“Well, that too.”
Love Alasdair.

22% done with Alasdair: "You seem to be faltering of late. Do not forget: There are many degrees of closeness. Remember your promise the night you were turned. Remember your vow. That cannot change because something shiny has caught your eye. You and I, we live in a state of symbiosis. There’s intimate, and then there’s life. We are of the life variety. You live because of me, and I because of you. Try to remember that and things will remain pleasant for you.”-Vasilios
Oh...well this should be interesting.

26% done with Alasdair: Leo studied the cocksure walk of the male coming his way...
First "divine" now "cocksure walk"...Ella, you are killing me here.

27% done with Alasdair: He ran his eyes over the light hair covering Leo’s chest, down his toned arm, and to the cuff surrounding his wrist. Fierce hunger growled to life inside him like an animal. He needed to feed, but ever since Leo had appeared, he hadn’t had a taste for anything other than him.

36% done with Alasdair: “If you want to keep him,” Thanos suggested, lowering his voice so only the two of them could hear, “you better do more than rub your scent over him and ‘say’ he’s yours. These cretins won’t believe it unless they can smell you on him and in him. You know better than that. I’m merely giving you a friendly reminder, cousin.”
“I don’t need a reminder,” Alasdair snapped.

49% done with Alasdair: When the elevator announced its arrival, Leo looked up from the paper and watched the metallic doors slide open.
There, standing inside, was Alasdair. Wearing all black, from his boots to his coat, and with his beautifully sculptured face, he resembled some sort of fallen angel. One who had frozen Leo. 53% done with Alasdair: Alasdair released his grip and placed his hands on either side of Leo’s head. Then he cocked his head to the side, much the way an animal does when it’s watching its prey try to squirm away, and Leo began to do just that. He tried to move under the body holding him down, but when Alasdair’s brow rose as if his attempt was ridiculous, he quit moving altogether.

57% done with Alasdair:
Their erections lined up perfectly, and the weight of Alasdair’s body on top of his was deliciously insistent as the third male in this hell of a mindfuck beared down over them both.

71% done with Alasdair: He glared down at the vampire who’d kidnapped him, threatened him, and, on several occasions, tried to kill him, and when their eyes connected, Leo couldn’t do a fucking thing to pull his gaze away.
“I am drawn to you, Leonidas. I cannot seem to leave you be.”

88% done with Alasdair: Alasdair backed away from Leo before he did something stupid. Stupid as in tear his clothes off and fuck him against the bathroom wall.
Oh be stupid. Stupid is good. :P

94% done with Alasdair: He knew that this vampire, that Alasdair, could and would likely kill him, but right then, as he looked up at him, he’d never seen anything more awe inspiring.