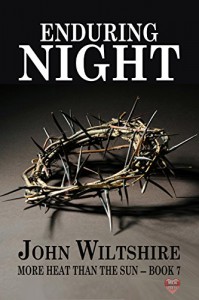 Wow hardly described the panorama from the floor to ceiling window of the ice-crusted surf crashing on the beach, of the faint glow of the amber light reflected off the snow and, of course, the most awesome thing he had ever seen in a life that had not stinted on its wonders—the Northern Lights. They had just begun to flicker their ethereal dance in the sky. He didn’t even remember crossing the space to stand at the window.

It was as if he was being drawn against his will toward them.

He swallowed deeply. Nikolas came to stand behind him, sliding his arms around Ben’s waist, his chin propped on his shoulder and, completely silent, they watched the show.