I have to say…I went in thinking this would just be one big orgy…that I would be laughing at how insane this was…I mean…5 men!!  But wow! I am rather blown away by the fact that this relationship of 5 not only worked for me but that the sexual interactions between these men was just as wonderful.  Just sweet and loving and that these men met at the same time just made it all the more perfect.

These boys were just wild and beautiful and exactly what each other needed. “No one’s ever tamed them,” Joshua said next to his ear. “No one would ever try. They’re beautiful just as they are.”

One of the many aspects I loved was not only how these men interacted as a group but how they interacted with each other. The private moments between two of them where they could support each other in different ways was just beautiful. 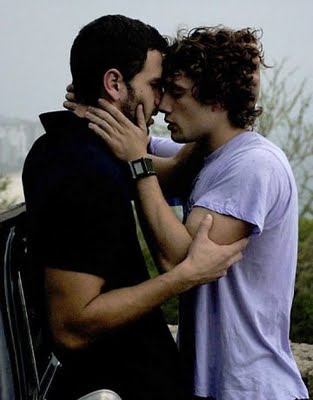 And add to that the scenes where they could sense who was coming up behind them, either by the sound of their footsteps or their smell, they began to know one another in an entirely different way.

For me this one lost its stride in the conclusion. The last 15% fell for me.  From the timing of the “three weeks” to the construction aspects, I was left a little deflated and wished we had gotten a stronger epilogue.  But I would love to revisit these boys again and only hope we get more of them in the future. I feel there is still much to explore where they are concerned.

Definitely a surprise and one that is worth the MMMMM journey.

Special thanks to my own fivesome for this fantastic BR.