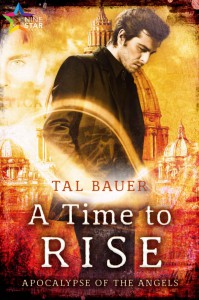 He was working his way nicely through the seven deadlies. Envy? Check. Hot jealousy when his eyes lingered on Cris’s fading hickey. Envy of the options Cris had, the life he could lead, unchecked and unbowed. Greed? Oh, yes. Greed at the root, the very heart, of everything.

Lust. Lust that burned him alive, nightly. The dreams had changed, though, shifting from sweaty, slick slides of his body against dream Cris, to a softer, gentler thing. Replays of their time under the dim bulbs, surrounded by shredded uniforms. Cris’s smile, tossed his way. The sound of his laughter. Lust, still, but a different kind of yearning. Pride. Pride thinking he could have this. Could have some kind of fucked-up friendship, something where he could smile at Cris and get smiles back, but shield him forever from the darkness and the truth.

And then, wrath. All directed back at himself. He knew better. He’d vowed never, after all.