Logan began walking toward him, and all Tate could think was, He should always be dressed in wet clothes. As he passed several other waterlogged customers, Tate noticed them looking him over as well, probably wondering how he still looked so appealing when he was just as wet as the rest of them.

Tate took in the water droplets sliding down Logan’s cheek, and his breathing faltered. When those same droplets then continued down to disappear into his shirt—holy shit—Tate knew he wanted to follow them with his tongue, and he wanted it now. 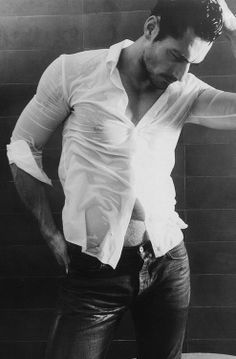